Wählen Sie ein Land aus
Indien (1)  Italien (1)  Japan (1)  Kanada (1)  Mexiko (1)  Spanien (2)  Vereinigte Staaten (5)
ALLE LÄNDER (12)
Mexiko
Alle Konferenzen in Mexiko anzeigen
1
Modeling and Computational Approaches to Individual and Collective Cell Movement in Complex Environments
26. Sep 2021 - 01. Okt 2021 • Oaxaca, Mexiko
Veranstalter:
Casa Matemática Oaxaca (CMO) in Mexico, and the Banff International Research Station for Mathematical Innovation and Discovery (BIRS) in Banff, Canada
Zusammenfassung:
Locomotion of cells, both individually and collectively, plays an important role in development, the immune response, wound healing, and cancer metastasis. Movement requires force transmission to the environment, and motile cells are robustly-designed nanomachines that often can cope with a variety of environmental conditions by altering the mode of force transmission – which ranges from crawling to swimming. The shape and integrity of a cell is determined by its cytoskeleton, and thus the shape changes that may be required to move involve controlled remodeling of the cytoskeleton. Motion in vivo is often in response to extracellular signals, which requires the ability to detect such signals and transduce them into the shape changes and force generation needed for movement. Thus the nanomachine is complex, and while much is known about individual components involved in movement, an integrated understanding of single cell motility, even in simple cells such as bacteria, is not at hand. At the next level, collective movement requires coordination of these nanomachines, which introduces another level of complexity. This complexity has stimulated mathematical modelling and computational simulations of cell and tissue movement at various levels, which has advanced our understanding of movement on multiple time and space scales.
Eintrags-ID:
1364773
Verwandte Fachgebiete:
Kurse und Veranstaltungen für Studenten der Mathematik,    Simulation
Webseite:
https://www.birs.ca/events/2021/5-day-workshops/21w5225 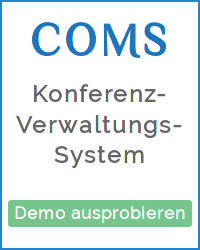