Select a location
Canada (7)  France (1)  Germany (1)  Greece (2)  Italy (2)  Mexico (2)  United Kingdom (6)  United States (5)
ALL COUNTRIES (26)
United Kingdom
All listed conferences in the United Kingdom
1
Summer School MMVW01 — Summer School on Mathematics of Movement
17 Jul 2023 - 21 Jul 2023 • Cambridge , United Kingdom
Organizer:
Isaac Newton Institute for Mathematical Sciences (INI)
Abstract:
The aim of this summer school is to foster the development of a community of quantitative scientists who, while working on different application areas, share their knowledge and help address fundamental questions in the mathematics of movement. The goal is to identify common challenges and cross-fertilise concepts and techniques for modelling and analysing movement data in animal ecology and cell biology. With basic, as well as advanced, topics on the mathematics of movement the summer school welcomes early career researchers who that are new novice to the area but also those who that are already familiar with it. The first three days will be dedicated, respectively, to (i) Data Acquisition and Technology, (ii) Data Analysis, and (iii) Modelling, while the 4th and 5th days will be spent working in separate groups on specific dataset and modelling challenges. There will be sessions for early career presentations and poster sessions, as well as opportunities to hear about successful interdisciplinary collaborations and various activities to enable networking with the programme organisers and the many academic participants of the programme. There will also be a competition for the best poster.
Event listing ID:
1519675
Related subject(s):
Modeling and Simulation,    Courses and Events for Math Students and Early Career Researchers
Event website:
https://www.newton.ac.uk/event/mmvw01/
2
Workshop MMVW02 — Collective Behaviour
07 Aug 2023 - 11 Aug 2023 • Cambridge , United Kingdom
Organizer:
Isaac Newton Institute for Mathematical Sciences (INI)
Abstract:
Modelling collective group movement in animal ecology and cell biology has, over the years, followed two relatively parallel modelling paths. Most prevalent for the former are what one might define as discrete level models, whereby computational constructs are used to keep track of the spatio-temporal dynamics of each individual in a group. Problems in the latter, cell biology, have been tackled mostly by continuous models whereby the details of the individuals are neglected, in favour of a description of the entire population through, e.g. a density function. However, more recently hybrid agent-based/population models have gained increasing usage.

As the overall aim of the workshop is to create an overarching modelling framework with which to interpret common empirical features, the exchange of ideas and techniques from the different communities is an invaluable opportunity to move forward and at the same to delineate the boundaries of applicability of the different approaches in collective movement research.

By cross-fertilising different ideas and techniques in animal ecology and cell biology we aim to gain a more realistic perspective on measurement and representation of organism interactions, revisiting existing concepts, and permitting new discoveries and insights. 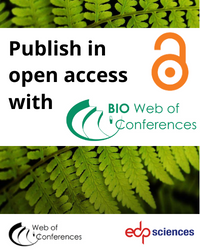